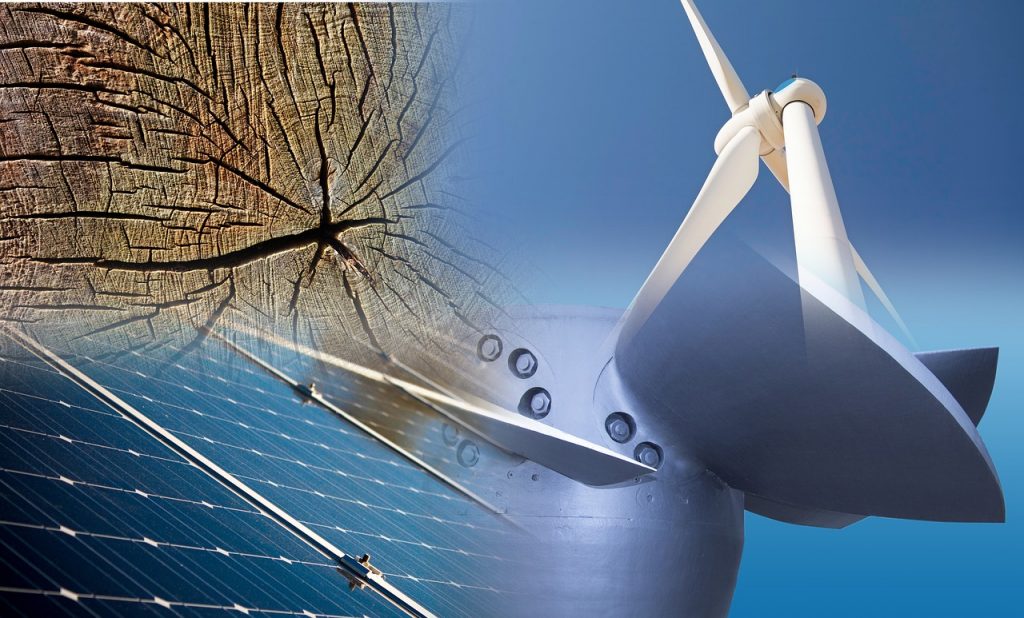 EEG amendment takes shape: Federal Minister of Economics Peter Altmaier wants to push ahead with the expansion of renewable energies with higher volume targets. In future, citizens and local authorities will be given a financial stake in new wind turbines. In this way, the Federal Ministry of Economics and Technology wants to increase acceptance. This is what the Ministry of Economics‘ draft for a reform of the EEG says. The German Renewable Energy Federation has presented a 22-page position paper. For the upcoming amendment of the EEG, the industry is calling for a significant increase in expansion paths. energiezukunft.de, bee-ev.de

Lies calls for restructuring of green electricity subsidies: Lower Saxony is a state where a lot of wind energy is produced. Now, Lower Saxony’s Minister of the Environment, Olaf Lies, is calling for a restructuring of green electricity subsidies. The EEG levy is to be significantly reduced with funds from the CO2 tax and electricity is to become cheaper. It is not enough to change the EEG levy, which finances the switch to renewable energies, only by making short-term adjustments. „What we need is a reduction in the price of electricity. After months of fruitless debate, detailed and reliable criteria for new or modernised wind farms in Germany must finally be established. faz.net

The top ten percent of all households with the highest income account for 27 percent of the CO2 load, while the bottom half only accounts for 26 percent. The most affluent households have an annual per capita emission of 55 tonnes of CO2. The average value is around eight tonnes. klimareporter.de

Green government bond with good success: There was strong demand among investors for the first green government bond. Finance Minister Olaf Scholz was able to collect around 6.5 billion euros. The Ministry of Finance must now spend the money on sustainable projects, be they charging stations or climate projects. However, things are different for private customers of banks, who show great interest in sustainable financial products „Sustainable Finance“. However, many of them do not know what their bank offers in such products. tagesschau.de , fair-economics.de (Privatkunden)

Interim storage of nuclear waste – concept needs to be revised: The interim storage of German nuclear waste neither fulfils the technical, legal and safety requirements. This was at least the result of an expert opinion of BUND, which has now been presented. „We detect carelessness and carry-over which could lead to a dangerous nuclear catastrophe“, says BUND chairman Olaf Band. So far, containers with the hazardous waste from the nuclear power plants have been stored at twelve nuclear power plants and three central facilities; the licences are still valid until 2034 and 2047. But a repository is not to be found until 2031 and is to be completed by 2050. Experts doubt the time schedule. taz.de , bund.net (Study)

Black rotor blades could save birds: A black coat of paint could prevent many birds from dying in the rotor blades of wind turbines. Norwegian researchers have found out in a long-term study in the wind farm on the island of Smøla The researchers found that black wings give the birds better orientation when they approach a turbine from the air. So the rotor blades of one of the four turbines were painted black. And indeed: the number of dead birds fell by seventy percent. spektrum.de

Fires in the Arctic region – record amounts of CO2 released: According to climate experts, the forest and bush fires in the Arctic had already released more carbon dioxide by the end of August 2020 than in the entire previous year. The fires in the Arctic Circle alone blew 244 megatonnes CO₂ into the atmosphere from January to the end of August. In 2019, the figure for the whole year was 181 megatonnes, report researchers from the European Earth observation programme Copernicus. Last year, unusually violent fires were already raging. The researchers attribute the increase to forest fires in Siberia, among other things. Between June and August alone, the fires in the entire Russian Federal District Far East released around 540 megatonnes of carbon dioxide. This breaks the previous record set in 2003. By way of comparison: Germany’s annual emissions are around 858 megatonnes. spiegel.de

BOOKTIP OF THE WEEK:
Paradise Lost

The end of diversity and the triumph of monoculture

A look at the history of agriculture tells us a lot about social developments. Florian Hurtig takes us through the history of mankind and the cultivation of its food – from the tree nurseries of the early Jōmon culture in Japan to the beginnings of state disciplining of agriculture in Mesopotamia, from colonial plantation economy to the agricultural industry of our days.  He impressively shows how the formation of hierarchical societies and states has led to the loss of diverse systems. This paved the way for the structures that still prevail today: monoculture, monotechnology, monopoly. The book not only looks back, but also creates a clear idea of how we must change our agriculture and our societies to meet the current crises. oekom.de

The seventeeen goals magazine tells inspiring stories about how people move the world and shows how everyone can contribute to achieving sustainability goals.. 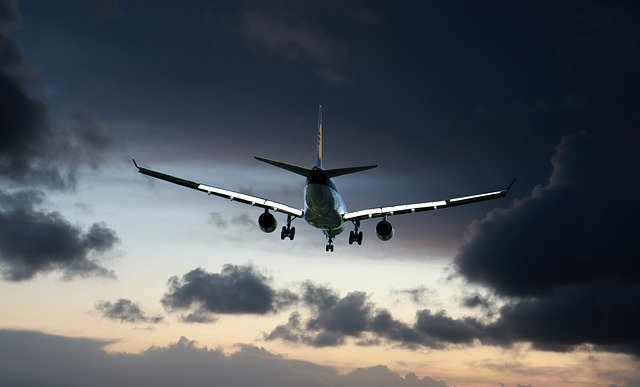 CO2 emissions from aviation probably lower than expected: Aviation contributes 3.5 percent to man-made global warming. CO2 emissions contribute 1.5 per cent to CO2 emissions. Vapor trails and the resulting ice clouds have the greatest effect. Experts judge the warming effect to be greater, so it is comparable to the greenhouse effect of carbon dioxide. spiegel.de

E-cars better energy balance: Scientists have found that e-vehicles have a better CO2 balance than combustion engines, according to a study commissioned by the Green parliamentary group in the Bundestag. „Ordinary calculations show that electric vehicles already emit less than half of the greenhouse gases of their fossil-fuelled counterparts,“ the researchers said. For new electric cars, calculations showed a CO2 balance over the entire life cycle that is 54 to 82 percent lower than for comparable combustion engines. The study criticised other studies for using outdated model assumptions for CO2 calculations. „Of course, cycling and travelling by train is more climate-friendly, but if you need a car, the electric car is much better for the climate than petrol or diesel,“ said Oliver Krischer, deputy leader of the Green parliamentary group in the Bundestag tagesschau.de

LAST WEEK IN THE BUNDESTAG

Today marks the start of the first session week after the German Bundestag’s summer recess. Many pressing issues are on the agenda, and this one year before the Bundestag elections. The parties are already beginning to position themselves for the elections.

Photovoltaics in Bavaria: In 2019, the installed photovoltaic capacity in Bavaria amounted to 13.4 gigawatts. In 2018, the actual electricity generated by the plants was around 11,756 GWh, which was enough to cover 15.9 percent of Bavaria’s electricity consumption. In its answer (19/21709) to a minor question by the FDP parliamentary group (19/21447), the Federal Government also provides information on the installed capacity by district. According to this, the district of Ansbach and the district of Passau were the leaders in solar power generation. 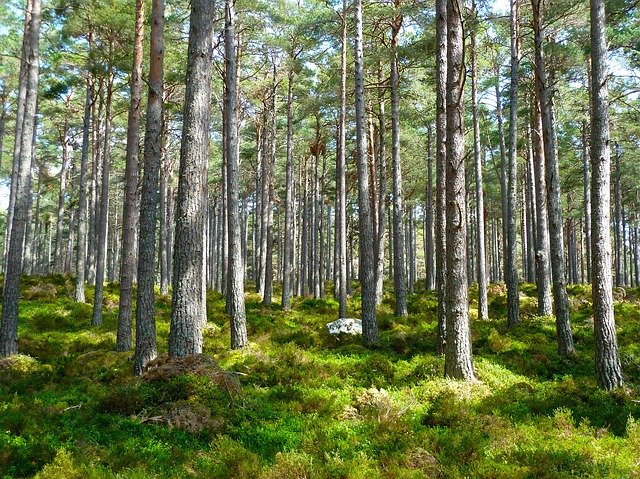 Forest damage: Due to forest damage, an estimated 178 million cubic metres of damaged timber were produced between 2018 and 2020. In addition, an area of around 285,000 hectares will have to be reafforested, according to an answer (19/21757) from the German government to a minor question (19/21240) from the FDP parliamentary group. Forestry companies were severely affected economically by the damage to forests and the resulting distortions on the timber market. A study by the Thuenen Institute is currently being prepared to provide an overview of the economic damage caused to forestry enterprises.

Offshore plants with shortened legal channels: The legal channels for legal actions against the planning approval of offshore connecting pipelines under the Energy Industry Act are to be shortened. Accordingly, the Federal Administrative Court will have jurisdiction in the first instance. This is provided for in a proposal by the Bundesrat, which the Federal Government agrees to „on the merits“. In its statement (19/22081) on the Federal Government’s draft „of a law to amend the Wind Energy at Sea Act and other provisions“ (19/20429), which is available as information, the Länder chamber of commerce states that „a timely grid connection of offshore wind farms is necessary in the context of the energy turnaround with nuclear phase-out and coal phase-out“. The shortening of the legal process to the Federal Administrative Court is an „important and proven instrument of acceleration“. In addition, the transfer of the first and last instance of appeal is appropriate, as the expansion of offshore wind energy use is of „nationwide importance“. In its response, the Federal Government agrees with the demand „in substance“. It will „submit a suitable proposal for wording to extend the jurisdiction of the Federal Administrative Court of first instance to include actions against the planning approval of offshore connecting pipelines“.

Illegal timber imports from Brazil: Illegal timber imports from Brazil and controls on the timber trade in Germany are the focus of a minor question (19/21781) by the Bündnis 90/Die Grünen parliamentary group. Among other things, the MEPs want to know from the German government how deforestation in Brazil has developed since 2015. They also want information on how many cubic metres of wood have been imported into the EU and Germany in recent years without a permit from the Brazilian environmental authority or with a subsequent permit from the Brazilian Institute for the Environment and Renewable Natural Resources (IBAMA)

Raw Materials Strategy the EU: The European Commission presented on Thursday a draft of a new Raw Materials Strategy The Action Plan for Critical Raw Materials aims to develop resilient value chains for the EU’s industrial ecosystems, reduce the dependency on critical primary raw materials through cycle-oriented resource use, sustainable products and innovation, strengthen domestic raw materials procurement in the EU and diversify procurement from third countries and, in full respect of the EU’s international obligations, eliminate distortions of international trade. ec.europa.eu 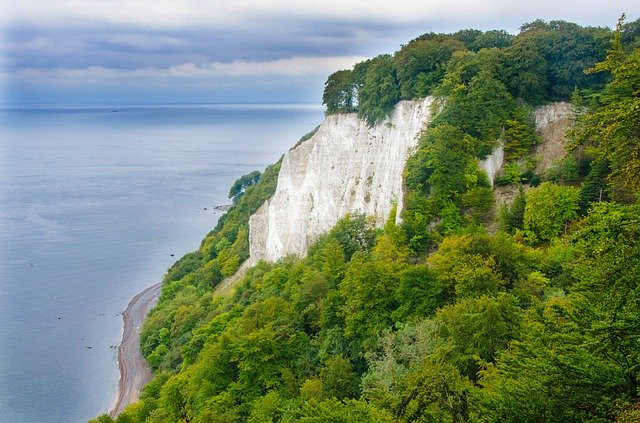 Why the chalk cliffs on Rügen break off: Again and again tourists, but also the people responsible on Rügen, are deploring the breaking of the chalk cliffs. Researchers have now found out that it is primarily the soaking through of rain, condensation water or the influx of groundwater that is responsible for the demolition. In the dry summers, the number of demolitions decreased. deutschlandfunk.de

Coral reefs are still under threat: US marine biologists have investigated how environmental changes have affected various corals and sea anemones. From the results, the researchers read off how corals will continue to live against the background of climate change. According to the results of the research, flowering animals will not become extinct, but they are threatened, especially those corals that are responsible for reef formation.  sueddeutsche.de

Elephant extinction in Botswana: Possibly solved. taz.de
Brazil: Fires in the Amazon region rise to a record high.zeit.de
India: How the Indian railway wants to become greener. fair-economics.de
Environmental protection: A marginal issue in the US election campaign. dw.com

Electric aircraft flies from Switzerland to the North Sea: A flight of a battery-powered aircraft took three days from St. Gallen to the island of Norderney. The range of the plane is not too far. Every 80 kilometres, the aircraft had to be brought down to the ground for recharging. heise.de

About the Author: Frank Tetzel

× write us on whatsapp